Different Types of Attacks in Cryptography and Network Security

In cryptography, the main motive of the attacker is to interrupt the confidentiality and integrity of the file. There are several types of attacks in cryptography and network security. These attacks are developed with different kinds of crypto-systems with variable levels of effectiveness. Some are simple to understand whereas others could need a complicated degree in coding algorithms and mathematics to understand. In this blog, we’ll discuss different types of email threats and attacks in network security

Types of Attacks in Cryptography and Network Security

There are two types of attacks Passive attacks and Active attacks in information security.

These attacks are not very dangerous as they do not cause any modification to the data. These attacks are generally done to secretly listen and monitor the communication of other parties. Passive attacks are very difficult to detect because these attacks do not change the information of the data.
There are two types of passive attacks in cryptography and network security: Traffic analysis and Release of Message content 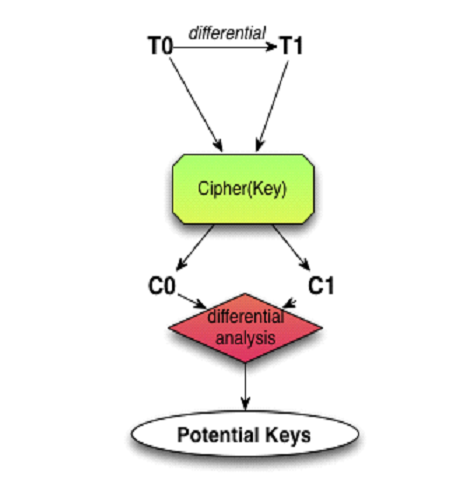 In cybercrimes, there are several types of attacks in cryptography and network security that attackers have found to defeat cryptosystems. In this blog, we have discussed some attacks such as the brute-force attack, man-in-the-middle attack, replay attack, side-channel attack, known-plaintext attack, differential cryptanalysis, and dictionary attack. It’s necessary that you just understand the threats exposed by numerous cryptologic attacks to reduce the risks expose to your systems.